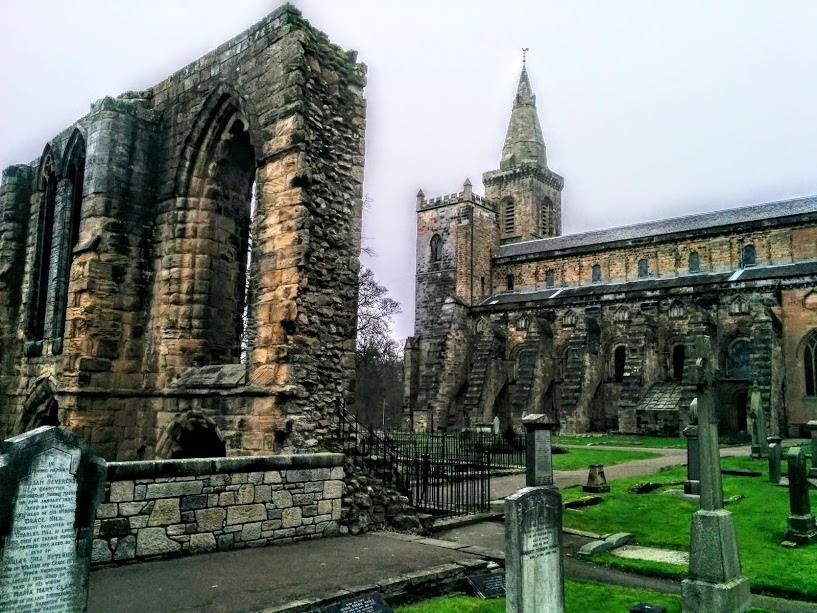 Known locally as “The Glen”, the beautiful 76 acre Pittencrieff Park was gifted to the people of Dunfermline by Andrew Carnegie. This short walk takes in some of the park’s best bits before allowing you to explore Dunfermline Abbey, burial site of King Robert the Bruce. Keep a look out for the resident peacocks whilst in the park! 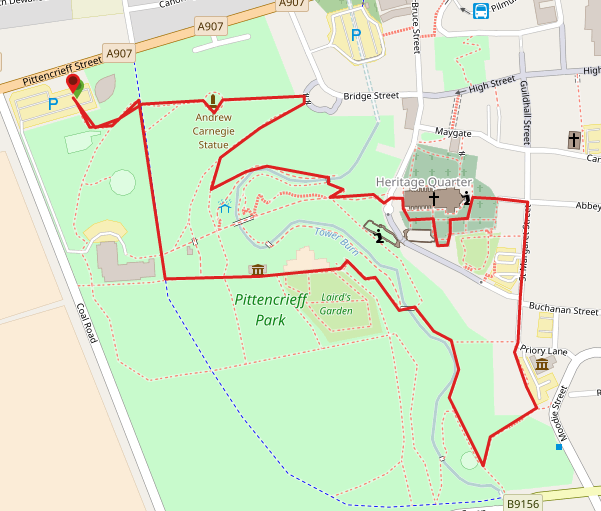 Route:  Exit the car park opposite the kids play area. Turn left at a fork then right down a long straight footpath. Turn left to pass the orange building that is the Pittencrieff House Museum and continue into the Laird’s Garden. Exit the garden at the opposite side and continue straight to go down some steps towards Tower Burn. Cross the burn at the footbridge then turn right. Follow the burn along until you reach a small play area. Turn left here and uphill towards the Andrew Carnegie Birthplace Museum. Turn left before you reach the street and you will emerge onto the corner of Priory Lane and St Margaret Street. Continue straight along St Margaret Street and you will reach the front entrance to Dunfermline Abbey on your left. Take a walk around the building and exit from the back down some steps onto St Catherine’s Wynd. The entrance to Pittencrieff Park is directly in front of you. Pass through the gates and turn right up the first set of stairs you reach. Cross Tower Burn via the footbridge and follow the track along it’s banks to a fork where you turn sharp right. Turn right again at the top of the hill and you will arrive at another park entrance. Turn left here to stay in the park and head towards the Andrew Carnegie Statue. Passing the statue, at a crossroads continue straight ahead then turn right at the play area to return to the car park.

I really enjoyed playing the tourist and visiting some of Dunfermline’s main attractions today. I didn’t know what to expect from Pittencrieff Park: I have been to so many country parks lately and they are all so different. Located on a hill (like most things in Dunfermline) on one hand you have the the most elevated parts of the park which are wide open grassy spaces, and on the other you have the glen itself  where the place takes on an almost eerie, quirky feel, almost like a little hobbit village. I loved it! Little staircases everywhere, bridges over the burn, waterfalls, shrubs and trees hiding me from the world above. It was like a little maze. I would love to go back there another day and explore more thoroughly 🙂 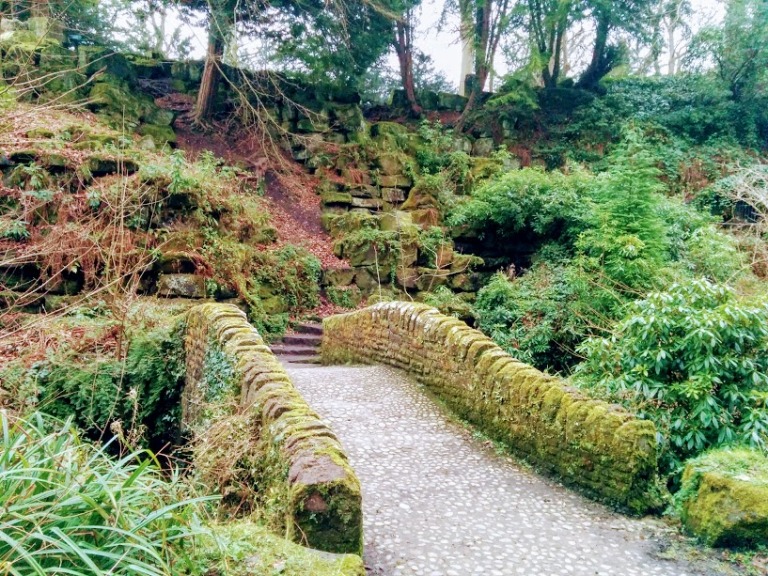 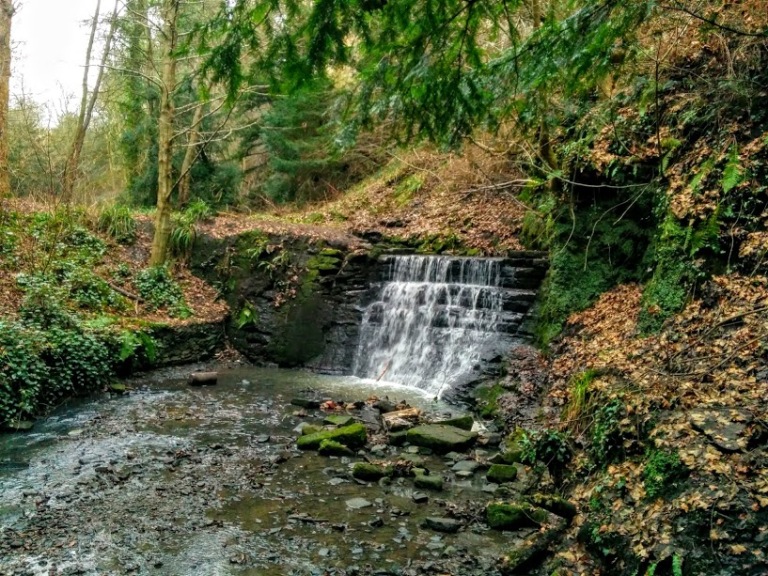 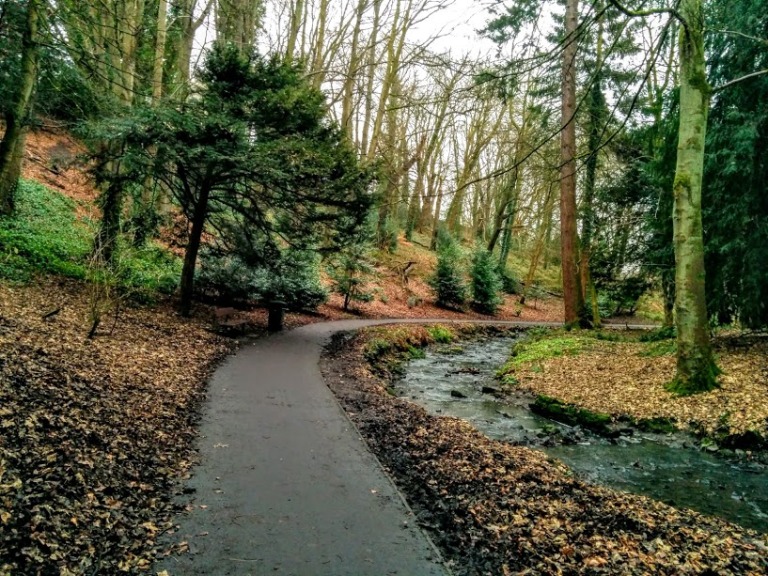 The Abbey and Royal Palace are equally as stunning as you can see from my photos. The tomb of King Robert the Bruce is located here, along with the graves of many former Kings and Queens of Scotland. I didn’t know until recently that Dunfermline used to be the capital of Scotland!