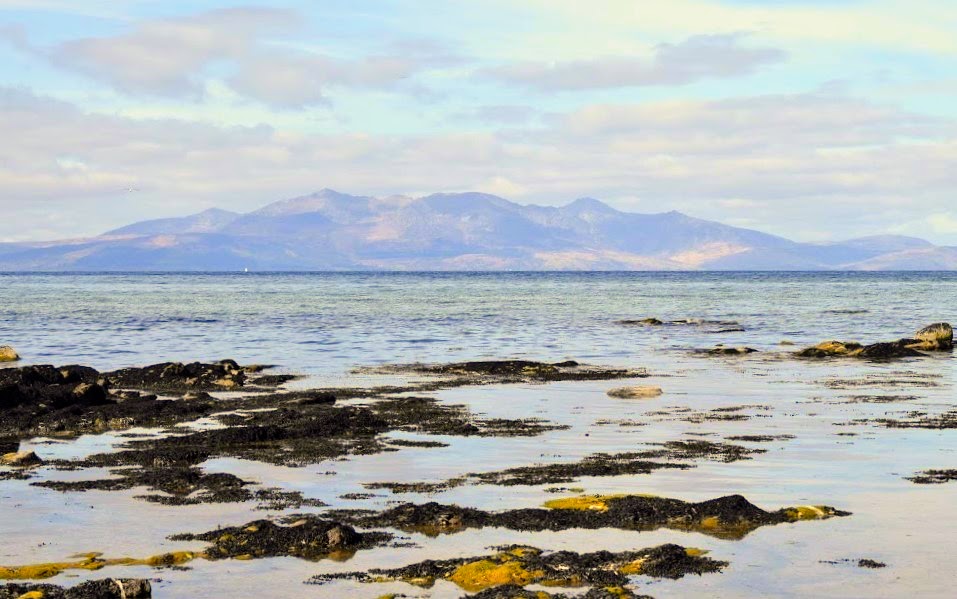 Plenty of beach-walking on this one, with options to use earth footpaths instead should you wish. I would say this is one of the sections of the Ayrshire Coastal Path where you are most likely to bump into other walkers along the way!  Being so close to the Isle of Arran, you have the potential for some incredible views across the Firth of Clyde. 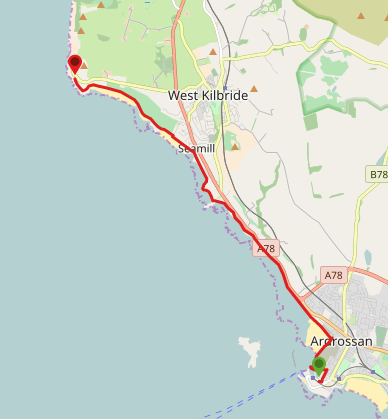 Route: Follow Ardrossan Harbour round past some modern apartments and onwards to skirt around the outside of some wasteland. Drop down onto the beach at North Bay. At the far end of the bay you will pick up a footpath along a grassy bank running parallel to the water. Cross the bridge over Kilbride Burn and continue along the beach behind Seamill Hydro Hotel. There is a footpath between West Kilbride Golf Club and the beach which offers easy walking all the way past Ardneil Bay. When the path comes to an end, cross the pebble beach to a kissing gate and reach Portencross Car Park by following the earth path.

A coastal walk with plenty of beaches to walk on, hooray! What a glorious day we had for this one, couldn’t have asked for better.  I had never before seen the Isle of Arran in such clarity from the mainland – it was crystal clear which meant irresistible photo opportunities.